The Centre of Britain Hotel is Haltwhistle’s most historic building. The oldest part of the hotel was a Border Reivers' Pele Tower, dating from the 15th century. Later it became a Manor House, excise office and a coaching inn. Rooms include: Tea and coffee making facilities, TV and radio, hairdryer, safe, direct dial telephone. Drying and washing facilities are available. The hotel usually organises a Roman Banquet, where a Roman soldier is invited along to talk to you about life in the Roman army. Check in at the hotel is available from 3pm and you will meet your trail leader prior to your evening meal. 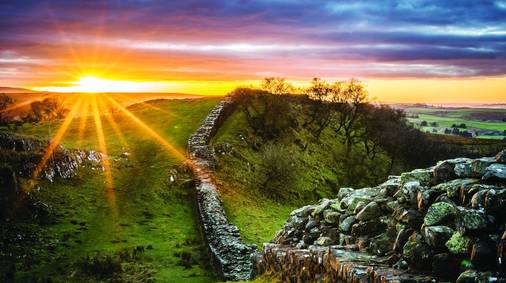