The Hay Festival has brought together writers from around the world to debate and share stories in the staggering beauty of the Welsh Borders for over 30 years. It now draws around 80,000 visitors over 10 days and is a must-see event for book lovers everywhere. Join us in watching a fabulous line up of dynamic, interesting and expert speakers; tickets for selected events are included – please see website for details. The festival experience is enhanced with talks and discussions with our knowledgeable leader.

Trip notes are detailed, downloadable PDFs for each holiday. 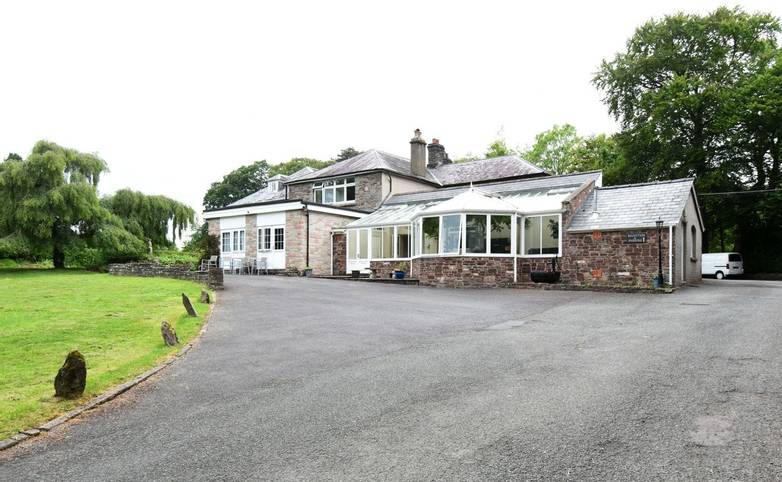 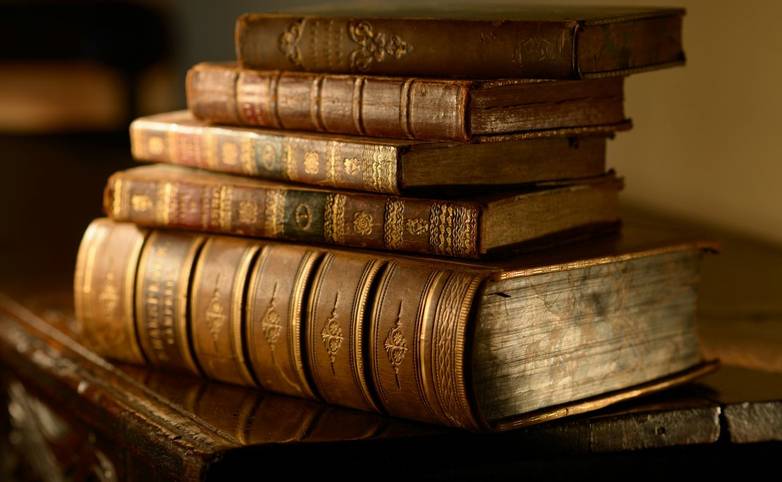 Enjoy a fantastic experience with us at this festival. We've reserved tickets for the following talks. We normally arrive around 9.30am and leave by 5.30pm so you've plenty of time to see other favourite authors and speakers - contact the Hay Festival directly to purchase tickets for any other events you'd like to see.

The full programme can be viewed here - Hay Festival - Programme

You're welcome to check in to your room from 2.30pm onwards (better rooms from 1pm). Please join us for afternoon tea.

The Itinerary for this day has not yet been released by the Hays Festival.

The bestselling author of Wild Swans, Mao and Empress Dowager Cixi presents Big Sister, Little Sister, Red Sister, her brilliantly researched and evocative account of the lives of the Soong sisters, who were at the very centre of Chinese history for a tumultuous century.

Red Sister, Ching-ling, married the ‘Father of China’, Sun Yat-sen, and rose to be Mao’s vice-chair.

Big Sister, Ei-ling, became Chiang’s unofficial main adviser – and made herself one of China’s richest women.

All three sisters enjoyed tremendous privilege and glory, but also endured constant mortal danger. They showed great courage and experienced passionate love, as well as despair and heartbreak. They remained close emotionally, even when they embraced opposing political camps and Ching-ling dedicated herself to destroying her two sisters’ worlds.

Big Sister, Little Sister, Red Sister is a gripping story of love, war, intrigue, bravery, glamour and betrayal, which takes us on a sweeping journey from Canton to Hawaii to New York, from exiles’ quarters in Japan and Berlin to secret meeting rooms in Moscow, and from the compounds of the Communist elite in Beijing to the corridors of power in democratic Taiwan. In a group biography that is by turns intimate and epic, Jung Chang reveals the lives of three extraordinary women who helped shape twentieth-century China.

Depart after a leisurely breakfast.

Enjoy a fantastic experience with us at this festival. We've reserved tickets for the following talks. We normally arrive around 9.30am and leave by 5.30pm so you've plenty of time to see other favourite authors and speakers - contact the Hay Festival directly to purchase tickets for any other events you'd like to see.

The full programme can be viewed here - Hay Festival - Programme

You're welcome to check in to your room from 2.30pm onwards (better rooms from 1pm). Please join us for afternoon tea.

THE MIRROR AND THE LIGHT

The novelist discusses the concluding book in her Thomas Cromwell trilogy. Both Wolf Hall and Bring Up the Bodies won the Booker Prize.

The Itinerary for this day has not yet been released by the Hays Festival.

Depart after a leisurely breakfast.

Pretty country pile Nythfa House stands above the traditional mid-Wales market town of Brecon and sits within easy reach of the Brecon Beacons National Park. Having spent its early life as a large private house, the building has been converted into a comfortable country hotel. The interiors look like they’ve evolved naturally over time, staying rooted in the local area and house architecture while being filled with contemporary furniture and colours. As well as 28 rooms and a range of public spaces and an inviting indoor pool to tempt you, there are pretty grounds and a short walk to the streets of Brecon itself. The contrasting countryside close by provides challenges including sweeping ridges, an ascent of the Black Mountains and scaling Pen-y-Fan as well as more subtle strolls through the river-carved landscapes of the Melte Valley, along the trail of a series of awesome waterfalls, or time dawdling through the second bookshops in Hay-on-Wye. 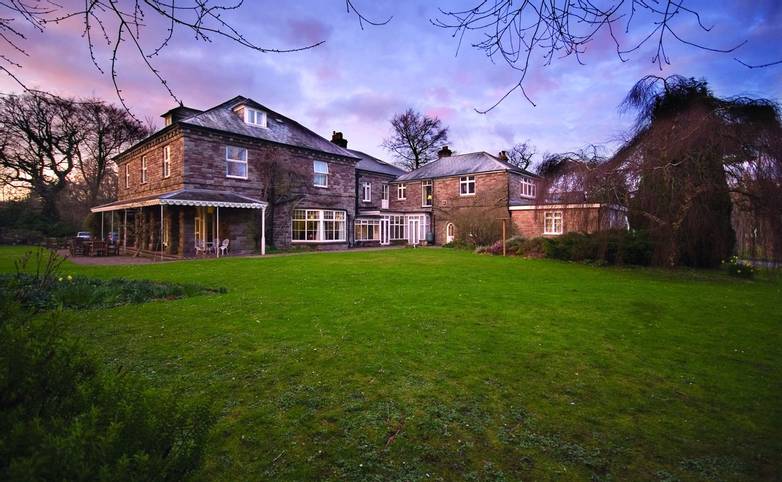 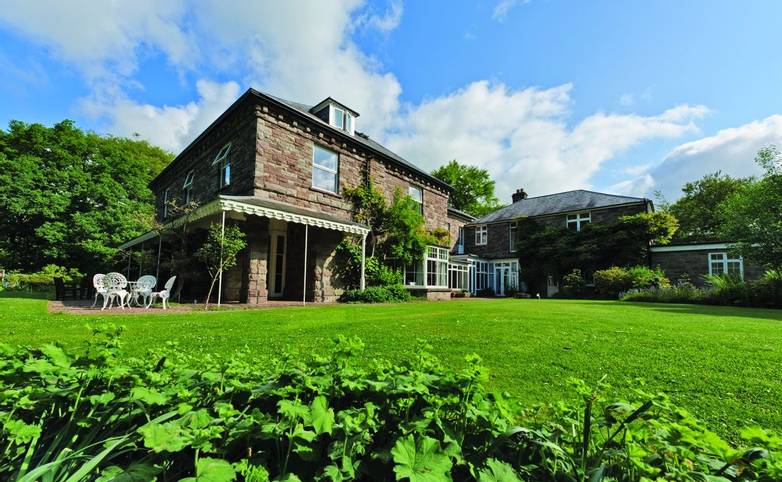 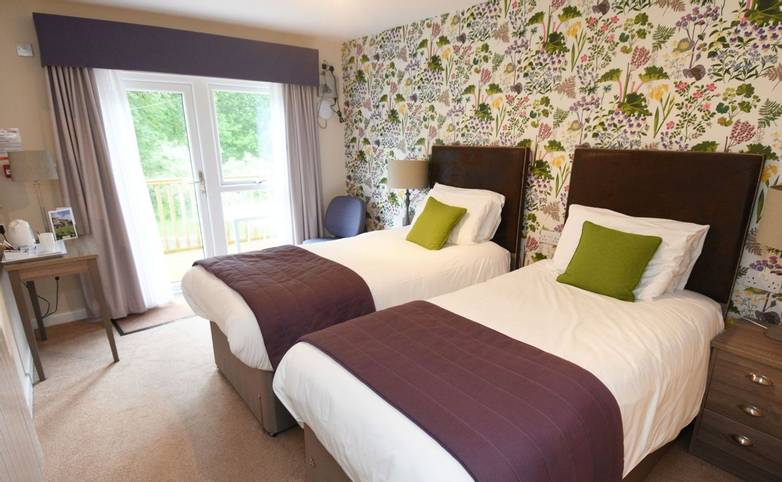 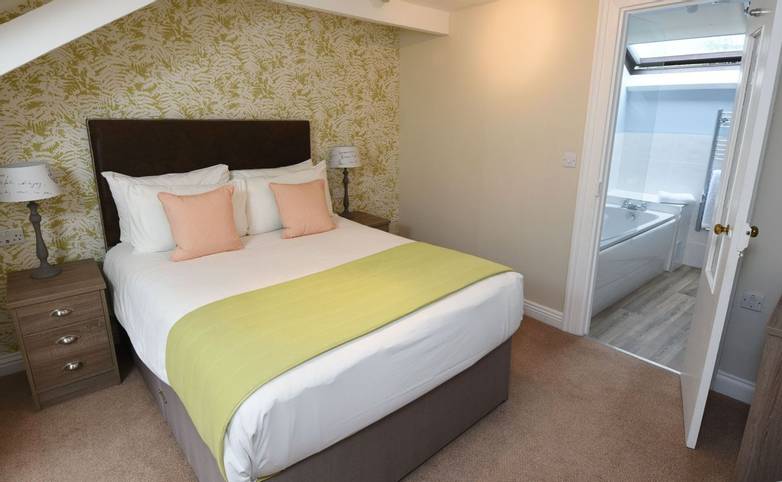 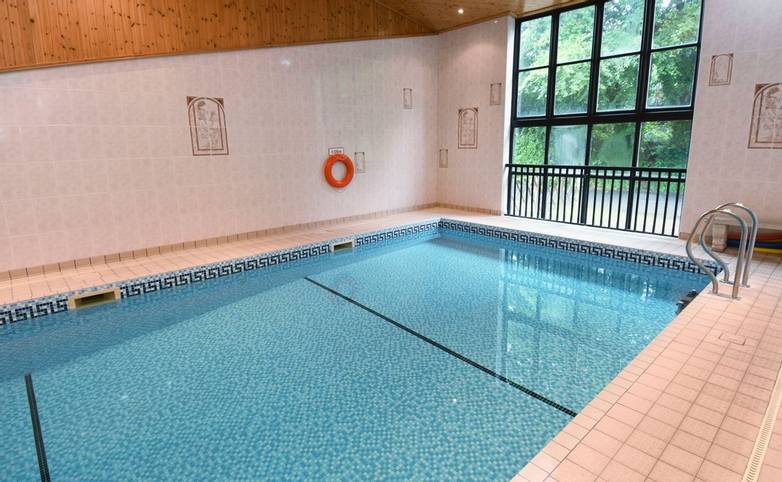 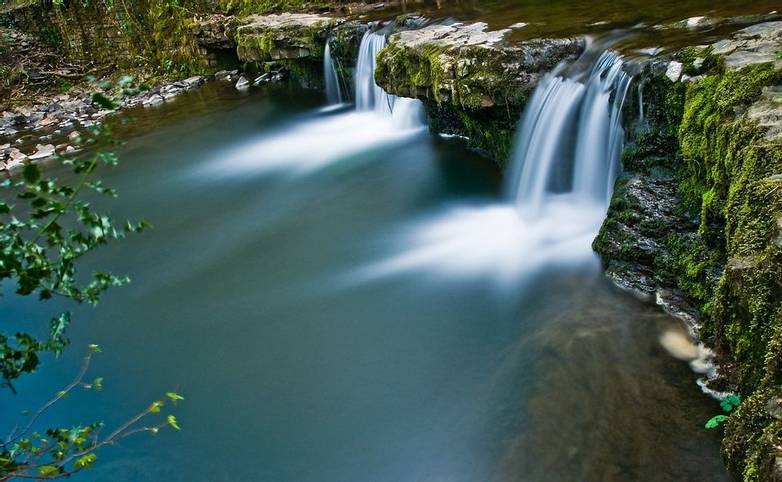 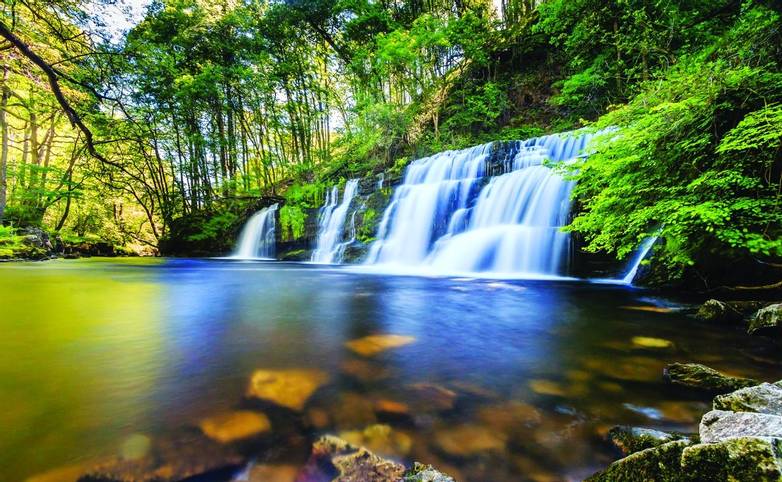 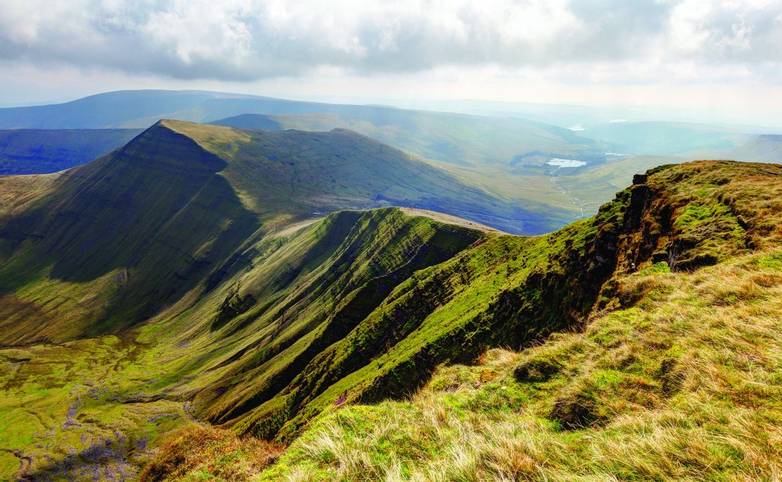 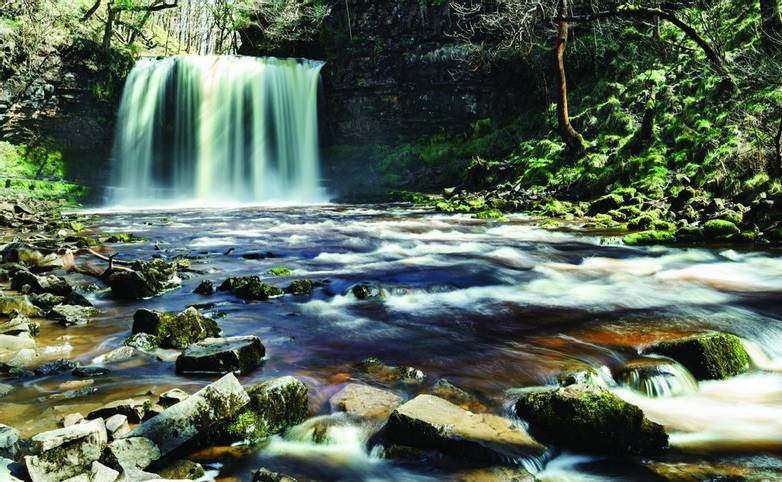 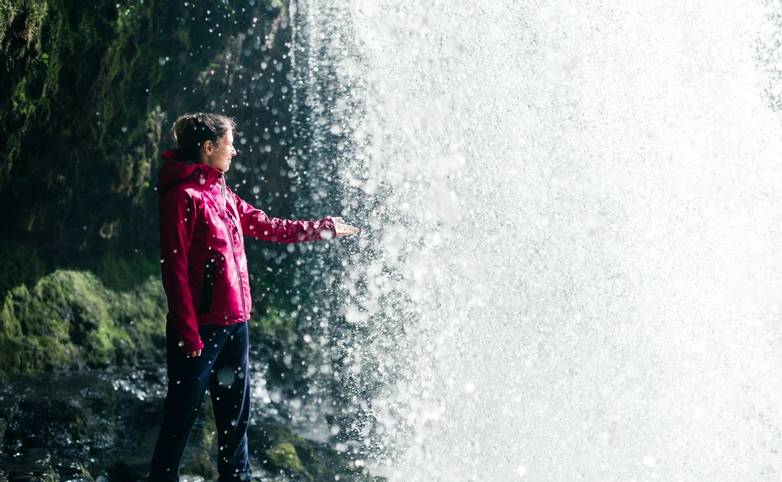 Stay in the smartly presented rooms in the main house or in one of the handful of garden rooms across the grounds. With 28 rooms, Nythfa House has plenty of space and there’s a range of Good, Better and Best Rooms to choose from. Opt for Rooms 6 or 7 in the main house for delightfully decorated, spacious places to stay, each with sumptuous views over the garden and Brecon Beacons. Room 21 is a quirky ‘Better’ room up in the eaves, with a separate sitting space and cosy bedroom, just mind your head on the low ceiling. Look out for the fresh floral designs in the pretty garden rooms too, which have their own small deck.

All ‘Good’ rooms are ensuite and furnished to a high standard. There are also several ‘Better’ and ‘Best’ Rooms that are either larger or have a desirable view, a more luxurious mattress, larger television, enhanced toiletries and a fluffy bathrobe & slippers – upgrade your stay for just an extra £15-20 per person per night. You can choose a specific room for an extra £30 per room, subject to availability. Upgrade supplements still apply.

After a day exploring cascade country or the Beacons, come back to the house and its specially tailored walkers’ facilities. At the front of the house there’s a pretty garden to pause in, with a putting green and croquet lawn attached. Duck into the conservatory to enjoy views out over the gardens from under the twisting branches of an old vine. Across the way in a separate building is a good-sized indoor swimming pool with floor-to-ceiling windows at one end. Whether you relax in the lounge, or get together with other guests for a board game or great conversation, make sure to make time for the cosy bar, and try a dram of award-winning whisky from the local Penderyn distillery, which uses water from the Brecon Beacons National Park. There’s also a Welsh gin that’s wonderfully well regarded.

As at all our country houses, holidays are full board, from afternoon tea served as a welcome treat through that evening’s meal to a hearty breakfast on the day of departure. Lunch is a chance to stock up on our famous picnic snacks. Food at Nythfa House is varied and tasty and has a strong emphasis on ingredients from the area and seasonal produce. Once a week the dining room in the converted barn hosts a Local Food Night, when, over a sociable evening, you might try a five-course feast of regional flavours. Make a beeline for the big bay window table to try Cawl Cennin, a leek broth, served with a Welsh Rarebit finger, followed by Tatws Pum Munud, a sort of Welsh stew, or double roasted Welsh lamb. The kitchen offers up an Asian influence as well courtesy of the towns Gurkha community, and you might enjoy Nepalese momos (dumplings) or fillet of sea bream marinated with Nepalese spices for an alternative take on local tastes. Whatever, round your evening off with South Wales marmalade sponge with lashings of Penderyn whisky custard.

For accessibility and assistance information, please contact our expert team on 020 3974 8865 Find out more about this location including travel details and room types.

Liz Lowry is a Blue Badge Guide living in the Heart of England. She has a continuing interest in history, literature and landscape and has loved sharing the heritage, people and character of this fascinating country with HF guests since 2009.

We really enjoyed her sense of fun, vast knowledge and complete devotion to the group. 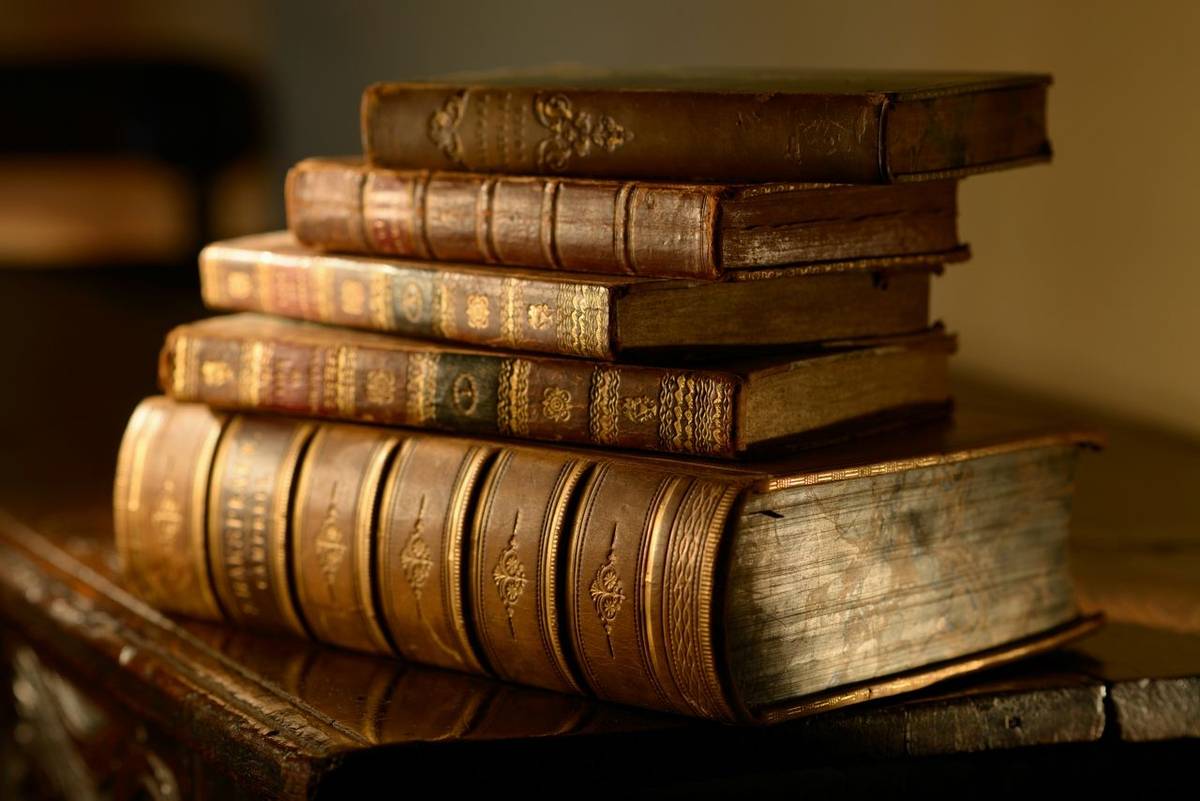