A guide to the South West Coast Path

The south of England boasts a plethora of unspoilt views. The luscious green of the undulating hills, the shimmer of the sea and the wild flora all make exploring this part of the country something not-to-be-missed and, with the 630-mile stretch of the South West Coast Path guiding you along, you’re sure to have a fantastic time doing so.

Whether you’re a wildlife enthusiast who is looking to catch a glimpse of one of the many bird species flying overhead, a family looking for a great afternoon walk location or someone hoping to uncover a few hidden gems, this is the place for you. Stretching from the shores in Somerset round to Dorset, you’ll be spoilt for choice with walks, path and trails to follow. Find out more in this guide.

The history of the South West Coast Path 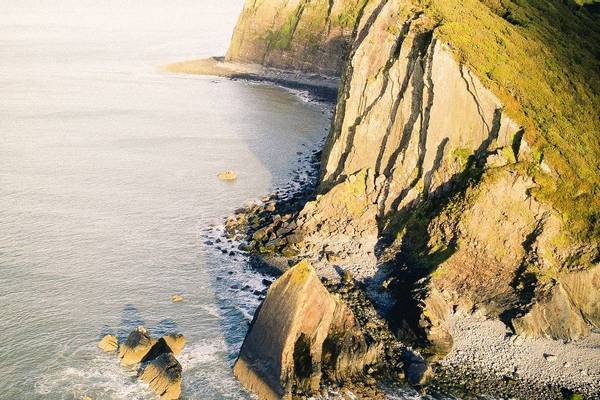 Once a working footpath that was used by the coastguard, the South West Coast Path runs along the edge of the jagged cliffs, hugging the coast. Its history is unlike many other paths and trails that you may come across on hiking holidays in the UK, but it also means that you can enjoy some of the most spectacular views of the South West, witnessing the beauty of every cove from the comfort of the path.

The path was patrolled until 1913, with coastguards keeping their eyes peeled for smugglers who would dock their ships in the inlets and bays for free-trading. Stationed at frequent spots along the path, coastguards would be housed along the path to provide constant supervision in a bid to lower the amount of smuggling taking place.

The government-led coastguard scheme worked; despite 50% of the spirit drank in the 18th century thought to have evaded tax, by 1913, smuggled goods were few and far between. Over the next couple of years, the once well-manned coastal path became overgrown, with the conception of new towns and villages along the route taking place. However, 1949 saw the National Park and Access to the Countryside Act creating new legislation to create easier access to the UK’s beauty spots.

Sixteen national trails have now been created across the UK, and the South West Coast Path is the longest. The path is traditionally walked in an anti-clockwise direction from Minehead to Poole and along the way, you’re likely to witness some of the best scenery the country has to offer. Affording endless miles of brilliant coastal paths, there are plenty of walks for you to try when in the South West. Whether you’re planning on tackling a short stretch or maybe challenging yourself with something slightly longer, there are various routes for you to try, each offering something different.

We spoke to Annabelle from The Flexitarian, who shared what she thinks makes the South West Coast Path so special: "One of the great advantages of the South West Coast Path is that it is very easy to find a stretch of its route to walk in the time available; whether that is a few days or weeks or, for the lucky few, a month or more. My route took me from Bantham to Dartmouth, via Salcombe, over two days, a distance of a little over 30 miles. Google Maps tells me that my route involved roughly 3,500 ft (roughly the height of Snowdon) of ascent and descent.

“I was walking in February, having just spent the children’s half-term holiday at Bigbury-on-Sea, across the causeway from the wonderful Burgh Island. The one note of caution for anyone walking in the winter months is to be aware that many ferry crossings are closed. In my case, I was lucky to receive a lift from Bigbury to Bantham as the River Avon ferry crossing was not running.

“Due to the unseasonably good weather, I was able to enjoy warm sunshine and clear blue skies, adding glorious colour to the spectacular views of sea and coastline. I enjoyed an overnight stay in Salcombe on the way and then from Dartmouth I veered off the South West Coast Path to take the Dart Valley Trail to Totnes, before heading back home to London the next day."

Although there are sections of the path that are suitable for walkers of all abilities, it is important to bear in mind that the elevation changes across the whole route are quite drastic. In fact, for those who decide to tackle the whole 630 miles, it is the equivalent of walking Everest just over 4 times.

Along the way, you’ll get to view incredible vistas that highlight the best of the South West. Sights such as Durdle Door in Dorset, the first UNESCO World Heritage Site in the UK, showcase the dramatic Jurassic Coast whereas the quaint fishing village of Clovelly, complete with steep, cobbled streets, allows you to take a step back in time.

John Kelly from Happy Hiker has tackled the path. He shared this with us: "My favourite area is the South Hams area of South Devon which includes the beautiful sailing town of Salcombe, with sheltered sandy coves and either side of it some fine walking along the rugged coastal footpath.

“To the west, is the famous Burgh Island with its Art Deco hotel accessible across the golden sand at low tide or via a tractor-bus on stilts at high tide. To the east, the land stretches out to Start Point with its lonely lighthouse. Close to that is the atmospheric ruined village of Hallsands, a consequence of dredging the beach for shingle to make concrete for naval dockyards near Plymouth, in the nineteenth century."

What are some of the best sections of the south west coast path? 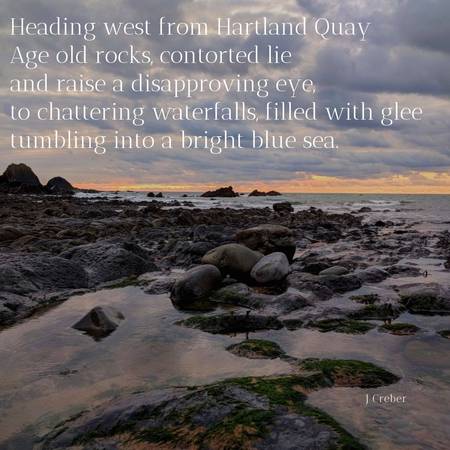 If you have limited time but are tempted by a walk along the South West Coast Path, why not try one of these walks as recommended by members of Cornwall and Devon LDWA? 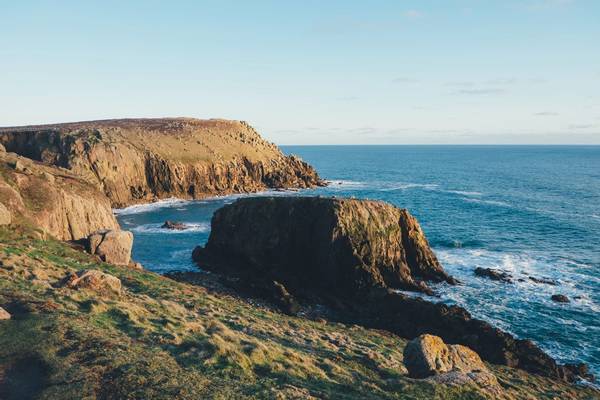